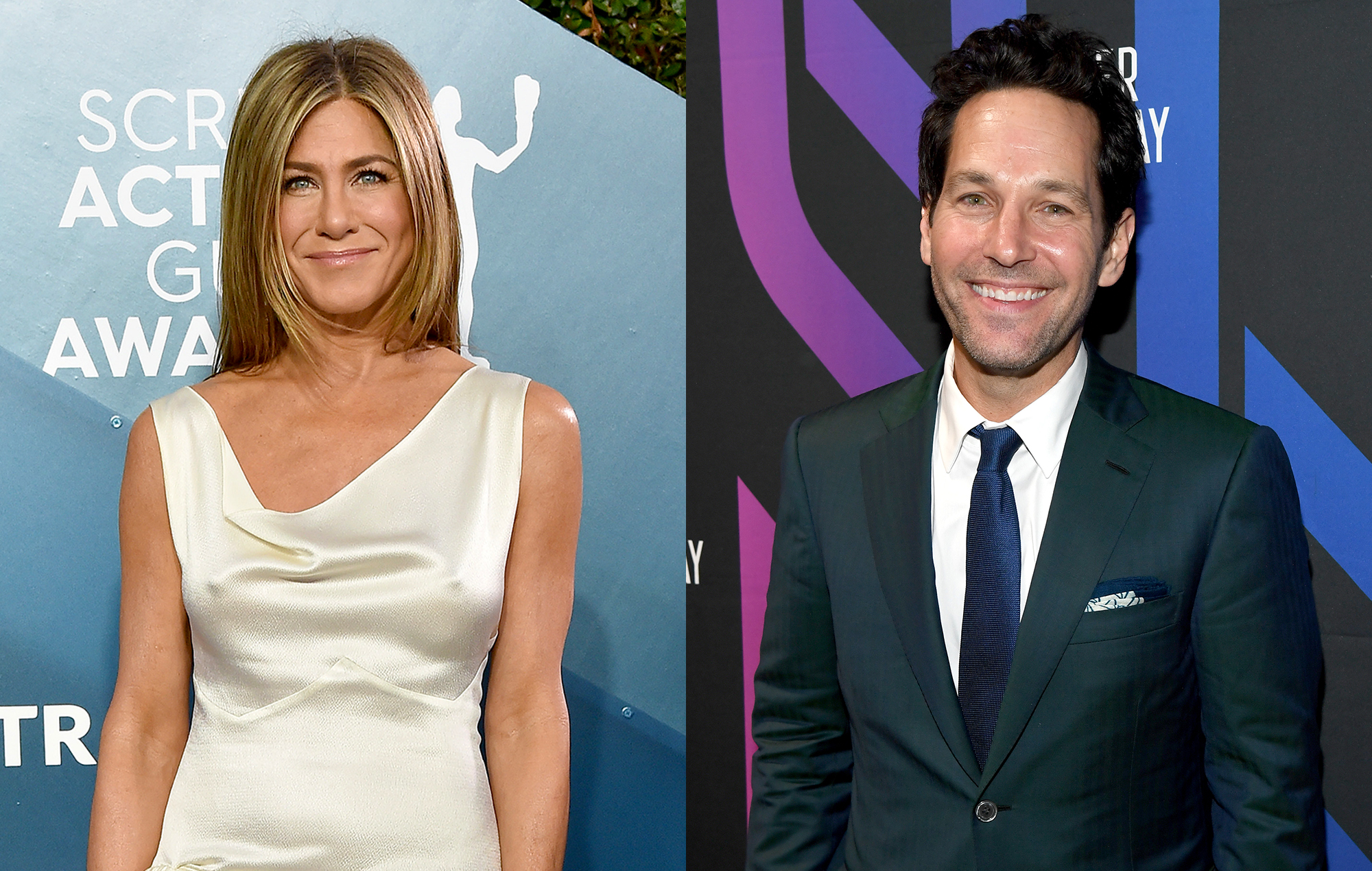 Jennifer Aniston has shared a birthday tribute to Paul Rudd on social media.

The actors, who co-starred in The Object of My Affection, The Newton Boys, Wanderlust, and Friends (from 2002 to 2004), have remained friends.

“Happy birthday #PaulRudd,” Aniston wrote on her Instagram story yesterday (April 7), according to People. “You don’t age, which is weird – but we celebrate you anyway,” her message continued, followed by three heart emojis.

Aniston went on to post several more photos, as well as a blooper video from Wanderlust in 2012.

Mark Ruffalo, who starred opposite Paul Rudd in the Avengers film series, also poked fun at the actor’s ageing in his own birthday post.

“Happy birthday, Paul Rudd! Did I find the secret behind your eternal youth?” Ruffalo wrote, accompanying a picture of Rudd wearing the Infinity Gauntlet from Avengers: Endgame.

Meanwhile, the long-awaited Friends reunion special – which Jennifer Aniston will be involved in – is finally set to film this month after many delays.

“After this, I’m going to Los Angeles,” he said. “We’re going to be shooting a Friends reunion next week so I’m hopping on a plane this afternoon. I’m gonna see everyone next week for the first time in many years.”

Schwimmer explained that the special won’t be scripted, so he will be himself rather than Ross, his character from the series.

“I’ll be myself, I’ll be David,” he explained. “There’s nothing scripted. We’re not in character, we’re all ourselves – the real people. Although there is one section of it that – I don’t want to give it away – but we all read something.”

There is currently still no confirmed release date for the reunion episode, but when it finally arrives it will stream on HBO Max in the US.

‘The Personal History of David Copperfield’ review: Armando Iannucci rips up the rule book with his rib-tickling take on a literary classic