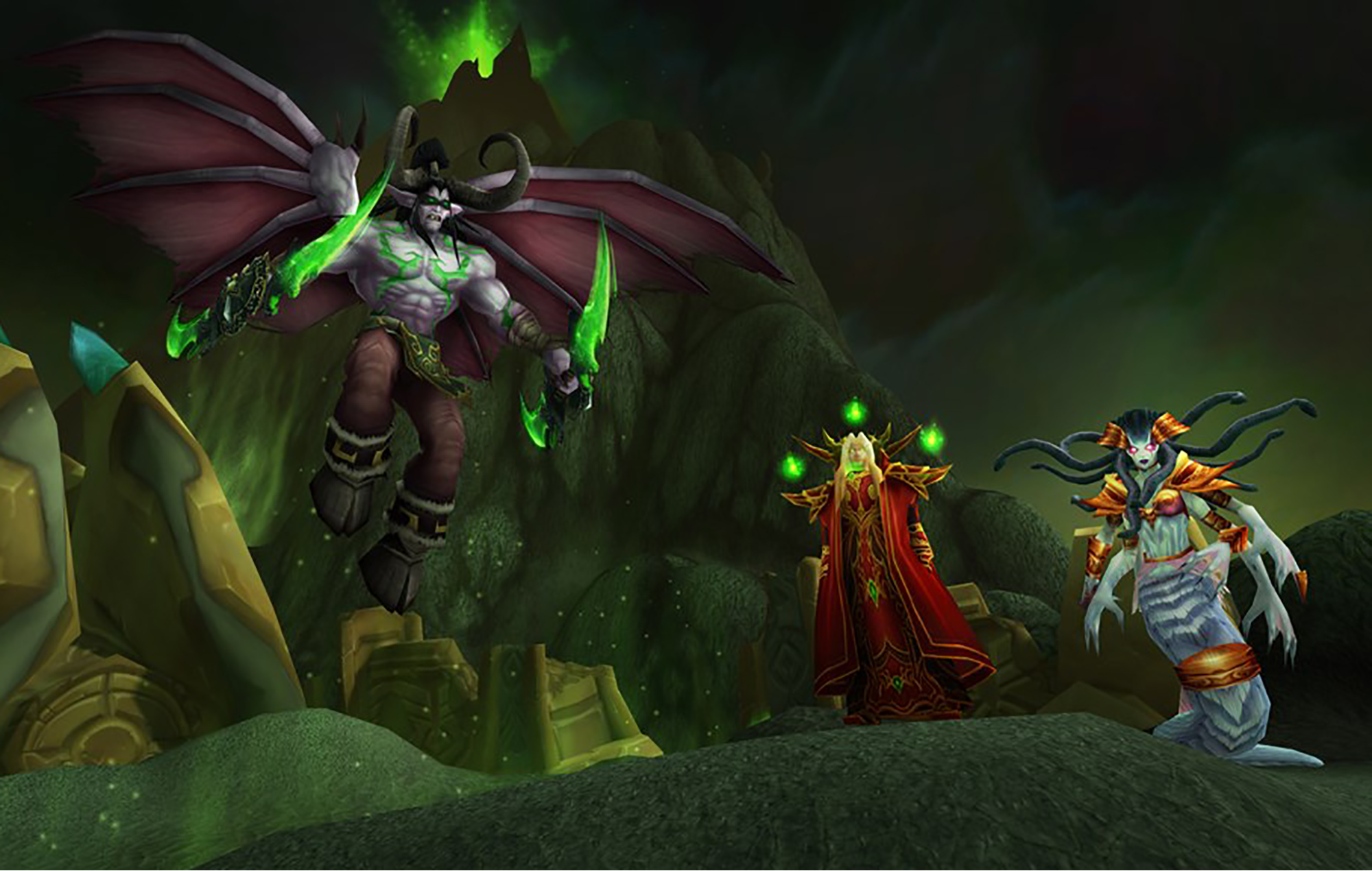 It feels strange to say given how beloved and steeped in nostalgia the studio’s games are, but I’ve always found Blizzard’s games hard to get into.

Despite many doomed trial characters spread across the mid-2000s, I never managed to catch up to World Of Warcraft (WoW). In the Day[9] Daily era I made an earnest effort to ‘get good’ at StarCraft 2, but quickly realised I was out of my depth online as esports boomed.

Annoyed that I couldn’t find my way into this community, I went out of my way to buy Diablo III on launch day in 2012, after hearing people rave about the series for years prior. And like most early adopters, I was thoroughly disappointed.

I say all this to illustrate that I have no skin in the game when it comes to Blizzcon, the California studio’s annual event where they drip-feed details about their current and future projects to an audience that has been nurtured over decades.

The 2020 edition of the show was cancelled due to COVID, but a virtual version called BlizzConline came and went this past Friday. If you missed the big reveals, I couldn’t blame you. A good chunk of it was focused on the past – and it didn’t seem too interested in looking very far into the future. 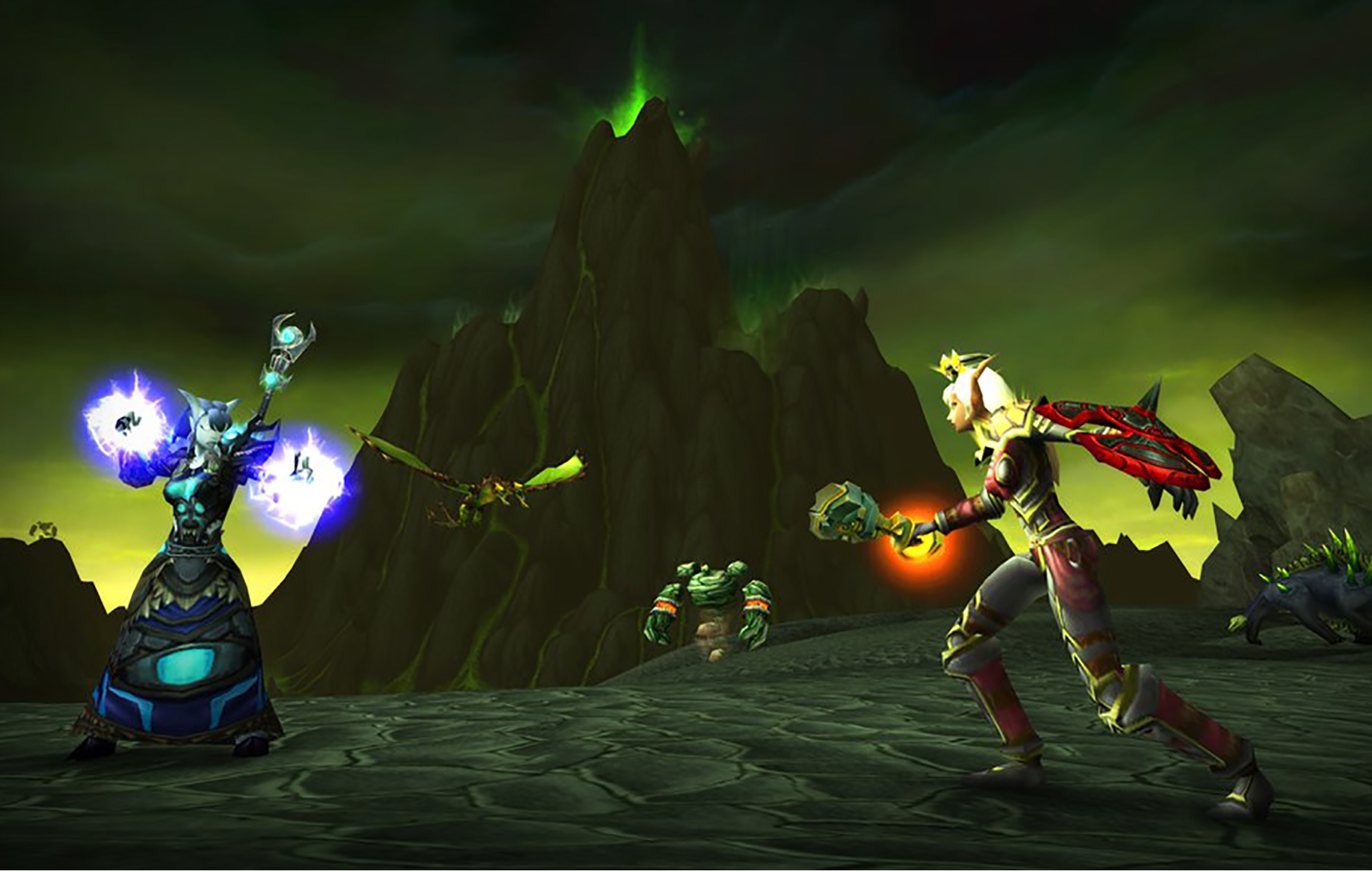 One of the major announcements was that players will be able to experience WoW’s The Burning Crusade expansion precisely as it was back in 2007, through the magic of WoW Classic’s old school servers.

If you’re unfamiliar, WoW Classic is a separate, quality-of-lifeless version of WoW that recreates the feel of the game as it was back in the good old days, without the iteration. It’s a fascinating, incredibly popular simulacra that speaks to Blizzard’s prevailing business model of keeping its most devoted fans happy.

Knowing this, it really wouldn’t shock me if Blizzard kept going with this absurd trial, reviving every WoW expansion in the Classic style to appease its players. By the time the studio gets around to the latest 2020 expansion Shadowlands, I bet players will be begging to play a pristine version of that too, when the OG 2004 veterans are all geriatric. 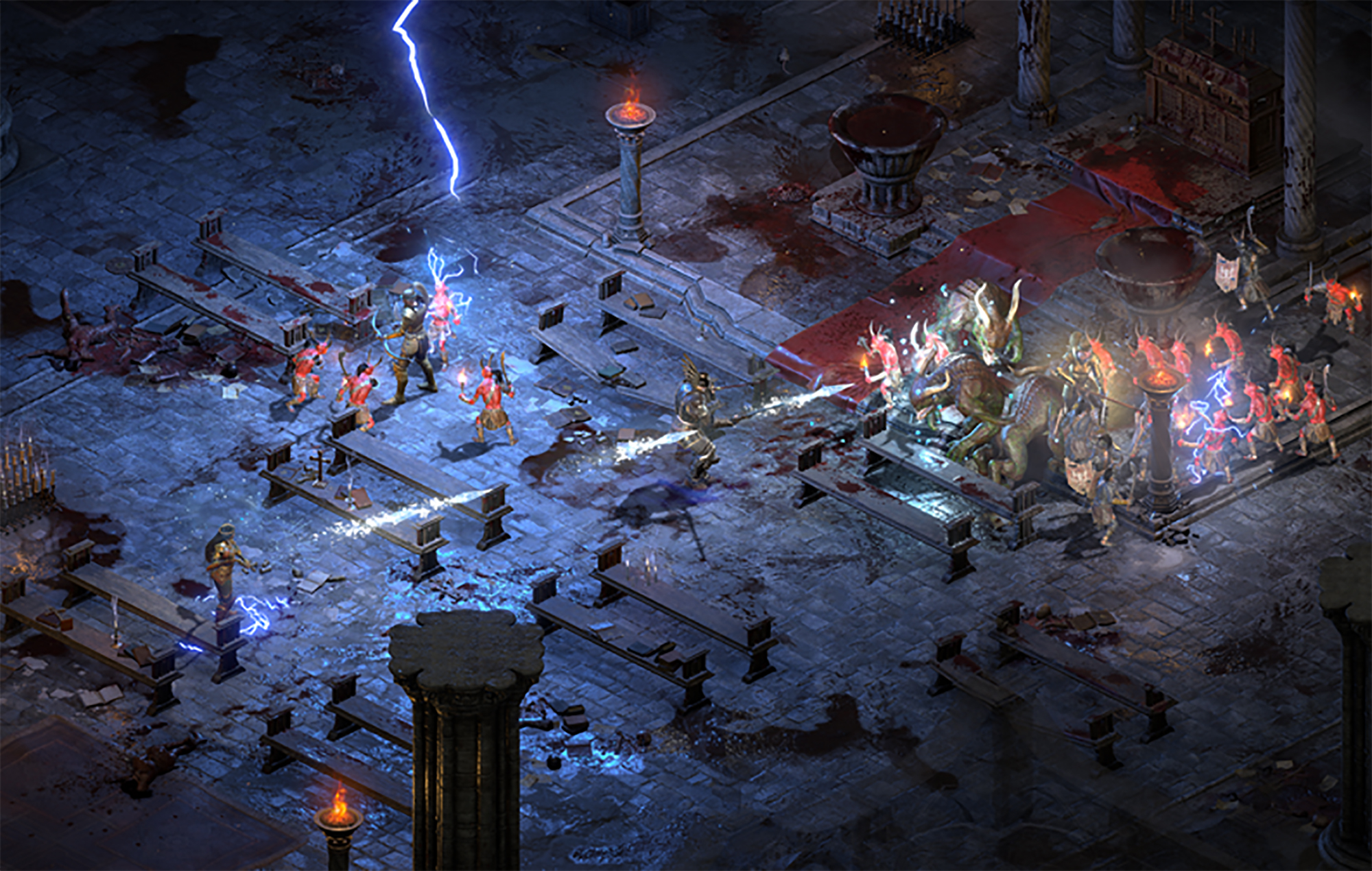 Elsewhere, we finally received confirmation of the inevitable: Blizzard is remastering Diablo II. It’s called Diablo II: Resurrected and it’s coming in 2021. There’s my proper inroad to the community, I think. I’ve heard nothing but good things about this game that was before my time – particularly in relation to its successor. As you can imagine, I’m all for wiping the slate clean, and who doesn’t love a game where you can click a button to flip between the old graphics and the new?

However, I think the problem Blizzard is running into here is that it can’t sniff its own farts forever. I’m sure Diablo II: Resurrected and The Burning Crusade Classic will be received well by the older fans who demanded them, but at some point, the nostalgia tap will run dry.

With a new generation of gamers on the way who may not have the same zealous devotion for Warcraft, the studio needs to build a bright future with some fresh new ideas. So what have they got in store?

Diablo IV looks like a gigantic bloody open-world apology, which will hopefully go down a treat when it reaches its release date, and restore some faith in the franchise. As for new ideas though, I’m not all that convinced. Beyond the inclusion of PVP, the gameplay looks like it’s still clearly clinging to nostalgia, in a genre with some fresh competition like Grinding Gear Games’ Path Of Exile. I’m hoping Blizzard will do more than just make another Diablo game here – they’re in a position to take the ARPG genre forward in a meaningful way as one of its legacy leaders.

Easily the most hip and modern game in the studio’s roster is Overwatch, which (surprise, surprise) is getting a numbered sequel in Overwatch 2. We’ve no idea when it’s coming, but Blizzard did provide a glimpse into what they’ve been working on, and out of everything, this does sound most promising. 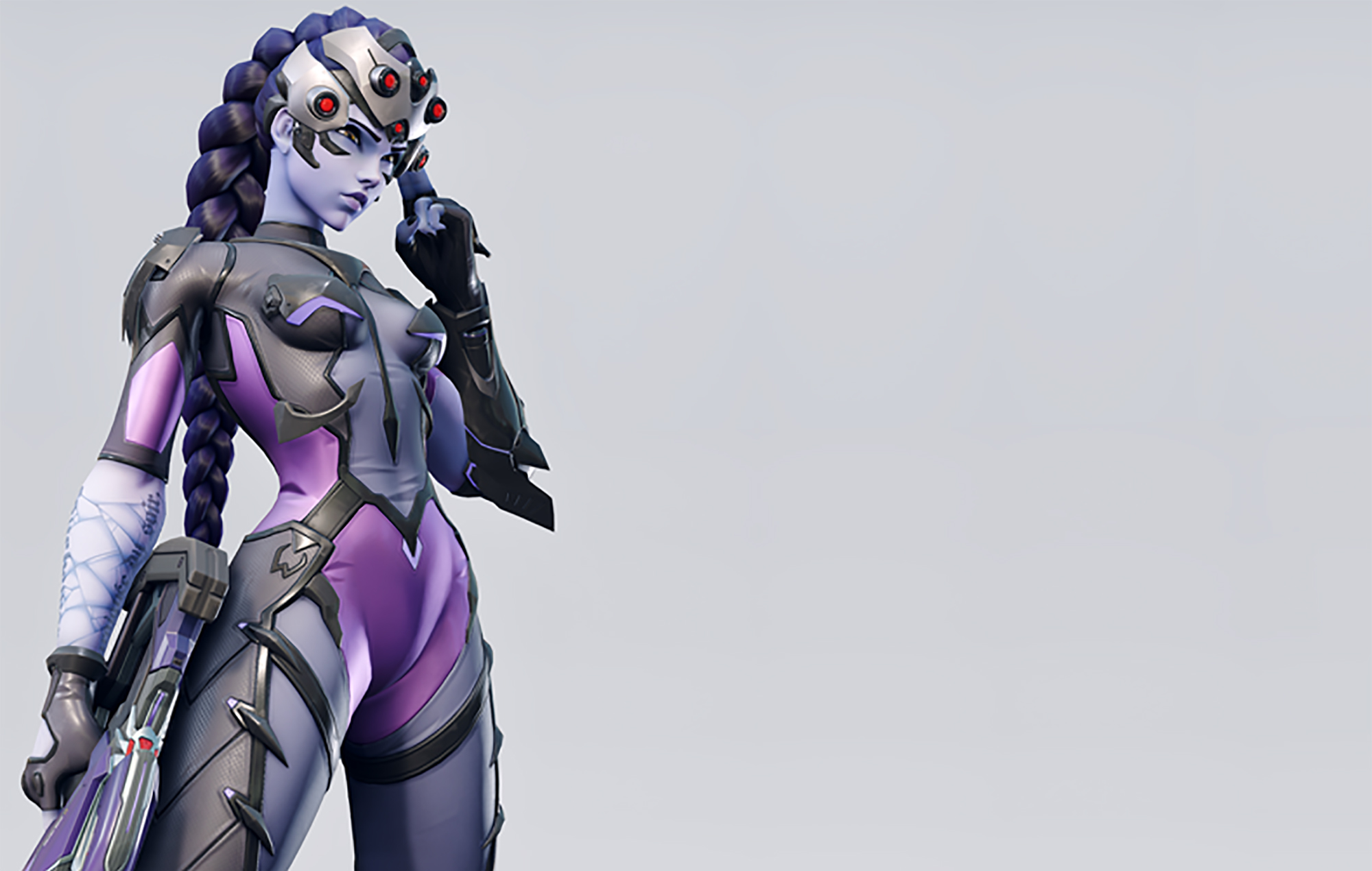 As well as doing the conventional work of refining the winning multiplayer formula, they’re considering some bold changes for the game, like introducing passives and warping the idea of a ‘tank’ in PVP. Yet it’s the co-operative, player vs enemy component that is most exciting, I think. This is new ground for Blizzard, and Overwatch’s best feature has always been its vibrant characters.

By bringing in a proper campaign and letting players develop skill trees and forge meaningful bonds with specific heroes, they could break new ground in a genre that isn’t getting a lot of love lately. There’s a massive opportunity here to adopt the millions of players (myself included) who don’t have any serious competitive interest in Overwatch, but still enjoy its mechanical brilliance.

I have a lot of friends who swear by the game, so if this co-op mode sticks the landing, I’ll certainly be hopping on to drag them away from their payload rage. Hell, the no-stress proving ground they’re teasing sounds like the perfect place to catch the competitive multiplayer bug too, by methodically learning your way around a particular character instead of getting ganked every few minutes before you get the chance to understand your abilities…

While the lack of timeline for Overwatch 2’s release makes it hard to get hyped, it was seriously refreshing to see Blizzard break away from a winning formula and try something new. The second game could have just been a straight-up sequel that doesn’t dare rock the boat, but this seems like a really great compromise that has something for new casual users as well as competitive veterans. Striking that balance feels like the obvious design philosophy for Blizzard going forward, as the studio navigates an aging fan base and new generations who see Diablo and think Machine Gun Kelly.

Source: FS – News – Music
BlizzCon 2021: What happens when Blizzard runs out of
nostalgia?